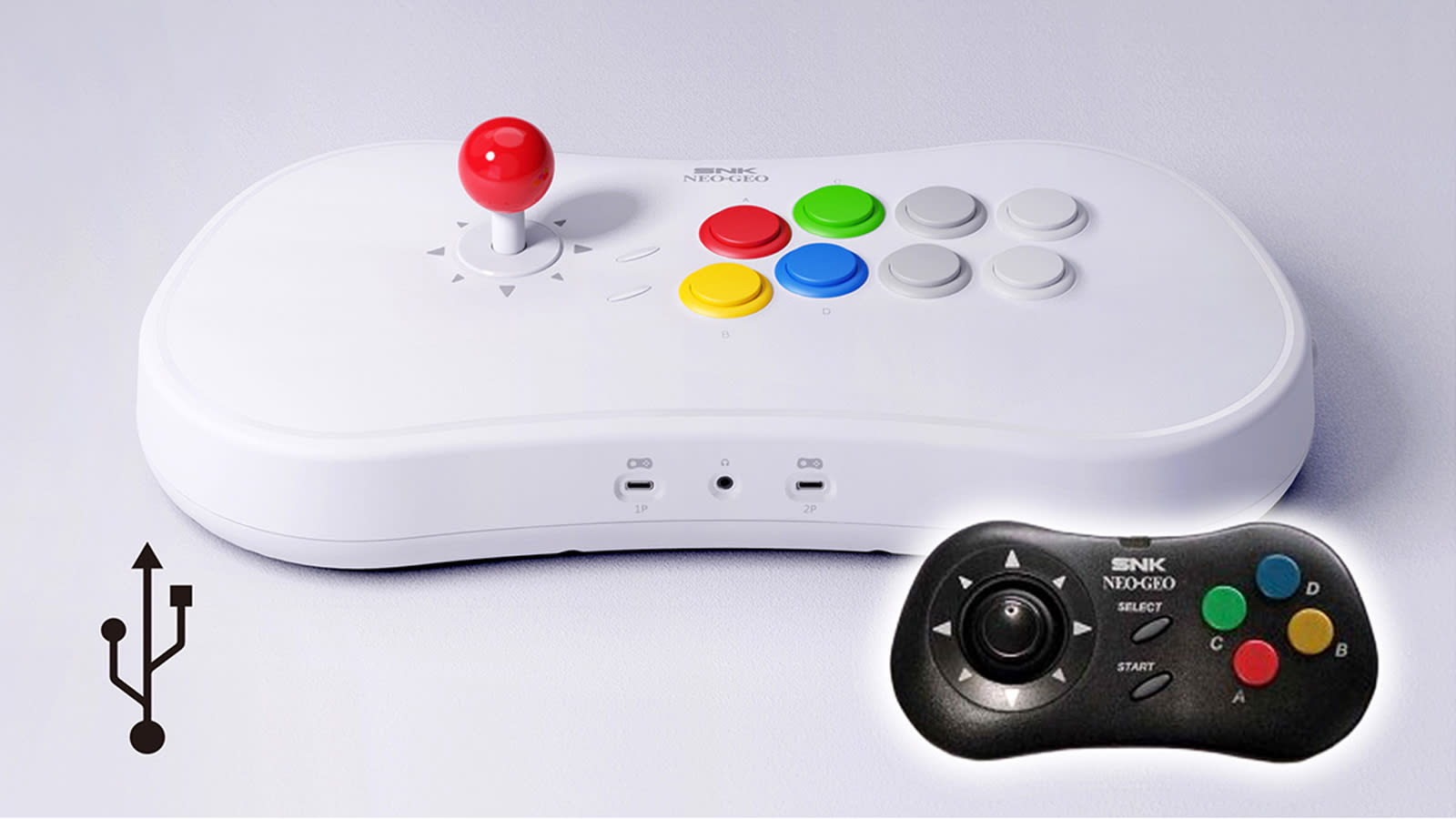 SNK has detailed the full 20-game lineup for its Neo Geo Arcade Stick Pro, and it's mixed news for fans of the classic platform. The retro console and controller hybrid will focus on the best-known brawlers with six The King of Fighters games ('95 through 2002), four Samurai Shodown titles (II through V Special) and three Fatal Fury releases (Special, 3 and Garou: Mark of the Wolves) in addition to several others. It's not a complete release, but fans of classic fighters should be happy. You can read the full list below.

There aren't, however, any non-fighters in the mix. You won't be playing Metal Slug, Puzzle Bobble or other Neo Geo hits that fall outside of the Arcade Stick Pro's narrow scope. That's not completely surprising given the all-in-one design. This is meant for people who practically lived for arcade matches during the Neo Geo's heyday, rather than a survey of the system's entire history. Still, it's unfortunate if you were hoping for a throwback device that covered the full experience.